Newly promoted English Championship outfit Sunderland have a big battle on their hands if they want to keep Ross Stewart at the club with reports claiming that the young attacker is attracting the interest of clubs in England and Scotland. 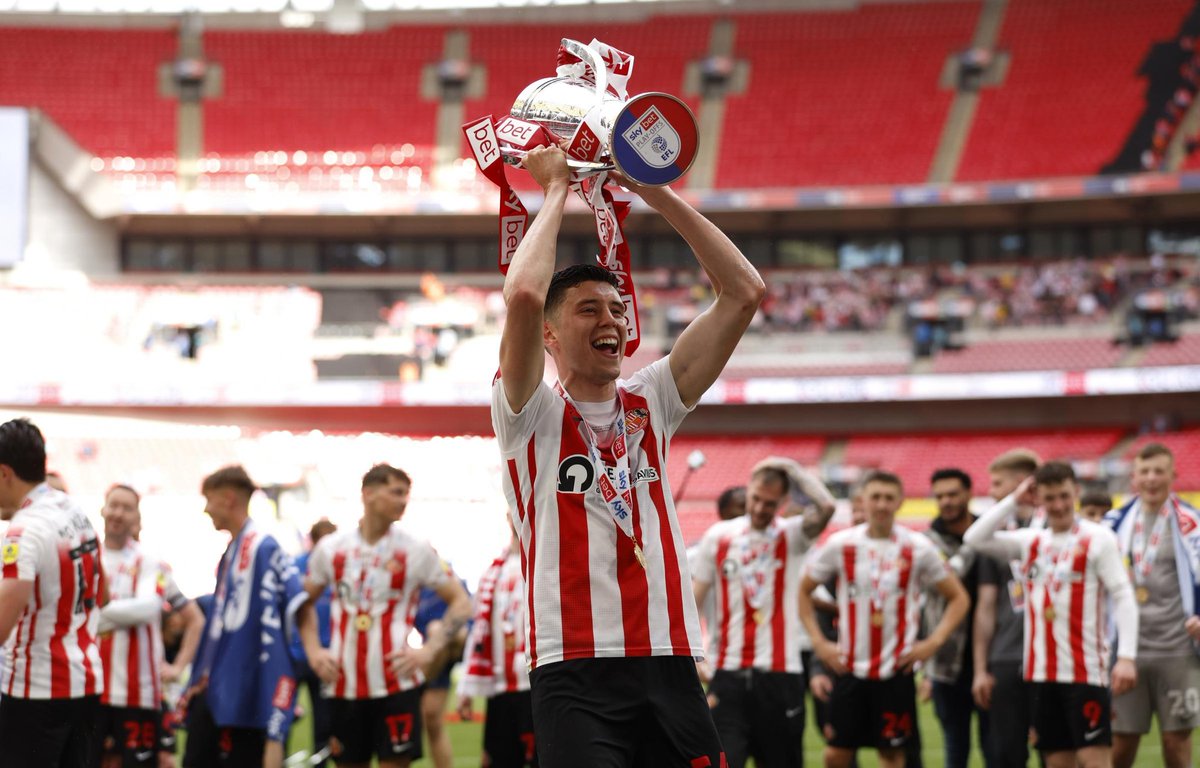 Stewart is a hero amongst the Sunderland fans after he scored the all-important second goal to seal a place in the English Championship next season via the League One playoff final. Elliot Emberton scored the first goal of the playoff final clash with Wycombe Wanderers in the first half before the goal from Stewart in the final quarter of the game wrapped up a place in the second tier of English club football for the Black Cats ahead of the new season.

Sunderland star Stewart has been rewarded for his form with an invitation to the Scotland squad for the latest set of international games including the upcoming World Cup 2022 playoff tie with Ukraine.

Scottish Premiership giants Rangers are one of the clubs interested in signing Stewart from Sunderland during this summer’s transfer window. Rangers are said to be leading the race to sign the Sunderland player, but English Championship clubs such as Sheffield United and Queens Park Rangers (QPR) are also interested in him.

Sunderland sporting director KristjaanSpeakman is determined to protect Stewart and the other huge assets at the club ahead of the transfer window this summer.In a chat with the Newcastle Chronicle, Speakman said the plan is to protect the club and create a right structure with Stewart and other key Sunderland players as part of it. On Stewart, the Sunderland director said the Scotsman has had a phenomenal season for the club and they are trying to protect players like him who have performed so well for the Black Cats. He added that situation can serve as a motivation to other players as well.