Former Sunderland goalkeeper Vito Mannone has completed a move to French club Lorient – despite being linked with a return to Wearside. The Black Cats had explored the possibility of bringing in an experienced goalkeeper to compete with Anthony Patterson and Alex Bass, yet club sources have indicated they are happy with their squad following the end of the window. Sunderland were credited with interest in Mannone, who was a free agent after leaving Monaco, yet the 34-year-old has stayed in France and signed a one-year deal at Lorient. 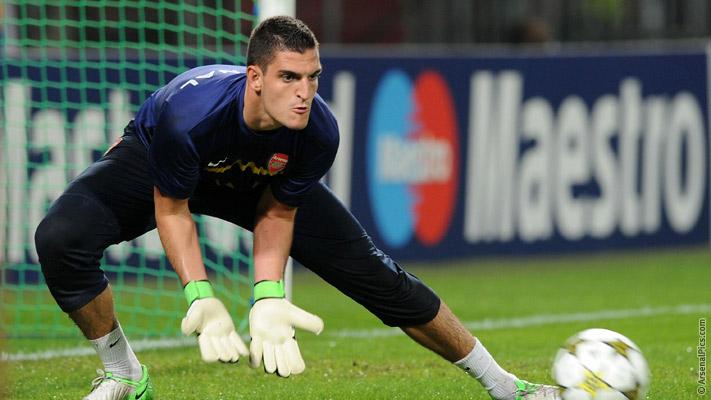 Mannone made 80 appearances for Sunderland after signing for the club from Arsenal in 2013. He left Wearside four years later to join Reading. Sunderland were also one of several clubs linked with a late move for Barnsley midfielder Callum Styles. Instead, the 22-year-old completed a late move to Millwall on deadline day, signing for The Lions on a season-long loan deal.

The transfer was announced on Friday morning after Millwall beat the deadline to submit a deal sheet. On a quiet deadline day for Sunderland, the only deal that was completed was Carl Winchester’s loan move to League One side Shrewsbury. The Black Cats have an option to recall the player in January, yet the 29-year-old only has a year left on his contract at the Stadium of Light. The verdict on Sunderland’s summer window, deadline day and how they’ll manage the areas of concern left

Kristjaan Speakman explains Sunderland’s loan decision on Carl Winchester. Winchester played a key part in Sunderland’s promotion last season and was a popular member in the dressing room. Sunderland team-mate Lynden Gooch posted on Twitter,  stating that it is going to be a big miss on and off the pitch! He then wished his former teammate good luck.