Former Sunderland boss Steve Bruce has been linked with the head coach job at Newcastle. Bruce odds have tumbled in the past 24 hours as he looks likely to take over after the exit of Rafa Benitez. 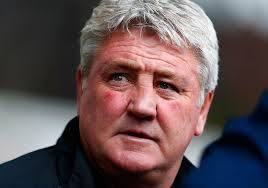 It is understood that Bruce is likely to sign a three year deal with the Magpies as the club looks to build ahead of next season.

There have been mixed reactions to this news as several Newcastle fans don’t want this appointment due to his affiliation with rivals Sunderland.

Meanwhile, Arsenal are inching closer to sealing the long running transfer of Saint Etienne defender William Saliba according to reports from France.

French tabloid RMC Sport reports that Arsenal have agreed a transfer fee of £26.9million with the French outfit and would make an announcement in the next few days. It also adds that Saliba has agreed personal terms with the Gunners and would be loaned back to club.

The 19 year old is considered as one of the top young defenders in the French league and enjoyed an impressive debut campaign. The French u21 defender made 19 appearances last season helping Saint Etienne to one of the best defensive records in the league.

Arsenal have the edge as rivals Tottenham have ended their interest in the player after their initial transfer offer was rejected by the club. Arsenal boss Unai Emery is keen on bringing new additions to the defence.

Saliba is seen as a long-term signing for the Gunners and this looks like a done deal for the club. Arsenal have so far struggled to bring in quality signings this summer nd have only announced the arrival of Brazilian teenager Gabriel Martinelli.

It remains to be seen if Saliba would be able to make the grade at the Emirates but only time will tell.